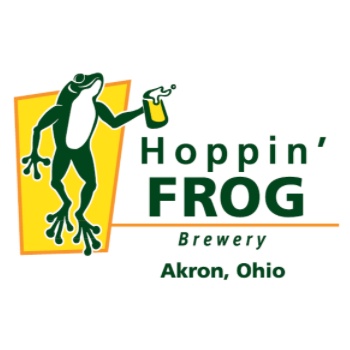 Hoppin Frog is an artisanal brewery in Akron, Ohio making very flavorful beers in the most flavorful styles. Established in 2006 and brewing with an uncompromising and relentless focus on detail from the ingredient selection to the brewing process, the brewery has become known for quality around the world, and now distributes in 22 states and 38 foreign countries. Hoppin Frog has now been rated 20th Best Brewer In The World by RateBeer, the worlds largest and most comprehensive beer-rating website, and thus are One Of The 100 Top Brewers In The World, now for 14 years in-a-row! Hoppin Frog is the concept of owner and established brewmaster Fred Karm, a brewer since 1994 who has designed and produced 23 award winning beers at the Great American Beer Festival and World Beer Cup - the two most prestigious contests in the world.

This Bodacious Oatmeal Russian Imperial Stout will crush you like no other! This is the grand-daddy of all stout styles, with an intensely deep roasted and full bodied flavor. A robust hop character adds a refreshing balance.

Made from our B.O.R.I.S. Imperial Stout, which has been rated one of the World’s 50 Best Beers, and won the Gold Medal at the GABF in 2008 AND 2011. Our World Beer Cup Gold Medal award winning BARREL-AGED B.O.R.I.S. has picked up rich characters of vanilla, dark fruit, oak, and spice. It’s unbelievably complex and savory.