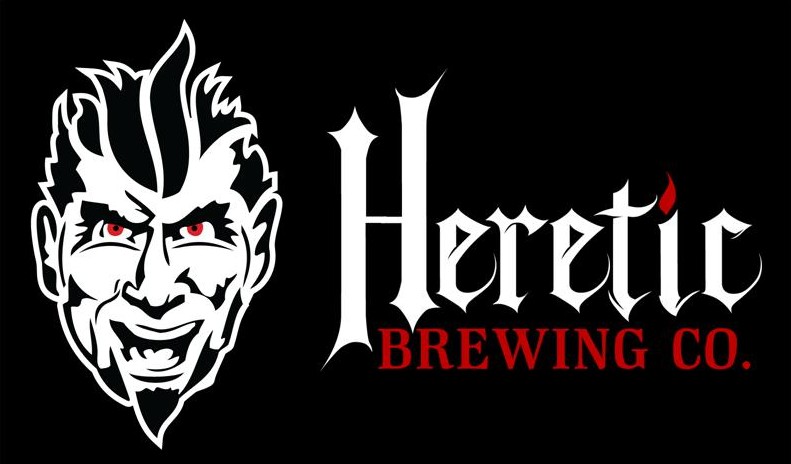 A Heretic is a person with a belief different from the rest of the crowd. In a world where 90% of beer drinkers believe mass market light lagers are the universe of beer, craft beer lovers are all Heretics. While our name has no religious meaning, great craft beer is a religion for us.
Heretic Brewing is an independent, family-owned, craft brewery. Founded by Jamil and Liz Zainasheff, we’re located east of San Francisco, near Napa Valley in Fairfield, California. Jamil was one of the most award-winning homebrewers in history and literally wrote the book on brewing classic beer styles. However, upon starting Heretic, he quickly began crafting beers that challenge the traditional notions of style and push the boundaries of what is possible.
Embrace your inner Heretic, don't drink ordinary beer.

Double IPA Almost everybody has their favorite cousin. Ours is a resiny citrus and pine joy with an easy-drinking malt character. We love hanging out with our cousin at the beach, camping, hiking, and every holiday party. Why not welcome our cousin to your next family gathering?

Juicy New England-style IPA It is all about bringing the juice back to American beer. It isn’t about big football commercials and fancy packaging. It is about the liquid in the can. We spent our money (which is your money if you think about it) on an insane amount of the best hops available, so the can ain’t fancy, but the beer certainly is. Hazy, luscious, and full of juicy hops. This beer is brewed with no bittering hop addition, just whirlpool and insane amounts of dry hopping. That results in a gentle bittering and a huge, juicy hop profile. Vote Juicy!